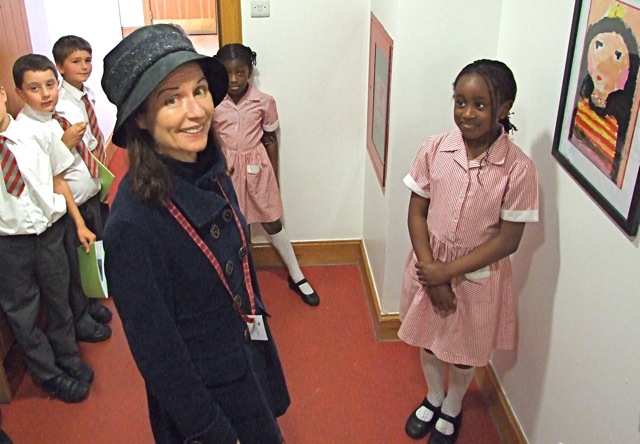 Catriona’s work is studied in schools around the world malwarebyte free download. In Germany her work features in secondary level art text books.

“The children were asked what they liked about it and to comment on what they could observe about Catriona’s use of colour and pattern. They identified how the paintings made them feel and what it was about them that made them respond in that way.” explained Avril amazone prime filme auf pcen.

“The children found for themselves the humour and careful observation of detail inherent in the paintings. They were then asked to make a portrait in response and invent some imaginary characters drawn in oil pastel in the style of Catriona Millar.”

Catriona’s work has been studied in various schools in England, including Stratford Grammar for Girls, however the artist who lives in the Udny area was unaware that her work was being studied by budding young artists so close to her studio spotify songs marked for.

“Seeing the children’s beautiful responses to my paintings has affirmed my own feelings about my work. In a way they have acted as a thought provoking mirror.” Commented Catriona background images.

At Rothienorman Primary the children also wrote about their characters while listening to the singer Stella Homewood’ album ‘Ordinary Day’ which feature’s one of Catriona Millar’s paintings on its cover.