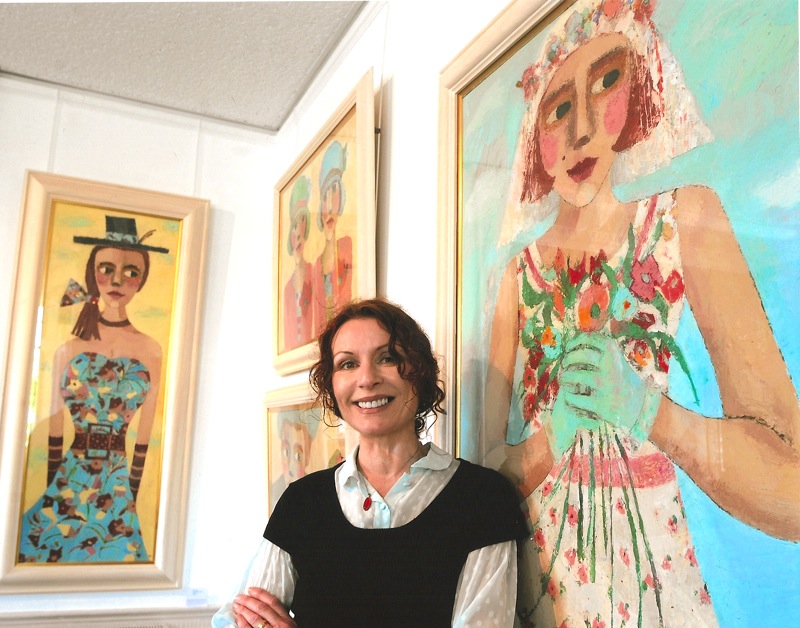 Click here to read about Catriona in Aspect County Magazine

Click here to read about Catriona in the Homes & Interiors Magazine

“One of Scotland’s most collectable artists Catriona Millar captures hearts and the imagination.” Scotland on Sunday

“Like a novelist or playwright Catriona Millar brilliantly combines her life experience and her imaginary world in her work. The results are unique and her richly observed, highly recognisable figurative paintings are acclaimed and collected around the world.” The Herald

“Fuelled by remakable colour and pattern Millar’s paintings possess an emotional resonance and a deep truth that cuts through the usual boundaries that often surrounds contemporary art.” Homes & Interiors

“There is a classical and indeed an ancient voice lying beneath Millar’s figures. It smiles or stares out at us telling us familiar yet half-forgotten stories about ourselves. It is this connection on a hidden level that brings Millar’s work into our lives with such a potency and lasting vigour.” Scotland on Sunday

Ever since Catriona Millar’s 2005 Degree Show at Gray’s School of Art in Aberdeen sold out within hours her unique and highly distinctive figurative oil paintings have captivated and delighted art collectors. The Sunday Herald newspaper ranks Catriona Millar in the top five most collectable Scottish artists and her work is admired and collected throughout Europe, the Far East, Australia and America. Catriona Millar’s paintings speak a universal language to all ages and many schools and colleges around the world have studied her work.

Born in Glasgow, Catriona Millar studied at Harrogate School of Art and Grays School of Art, Aberdeen. Since the success of her sell-out 2005 degree show she has exhibited across the UK including the Royal Scottish Academy, Edinburgh. In October 2006 she came to the attention of Charles Saatchi with her first solo exhibition at the Dundas Street Gallery, Edinburgh. Catriona Millar now lives and paints in the south east of England.

Catriona Millar is listed in the 2012 edition of Who’s Who in Scotland.