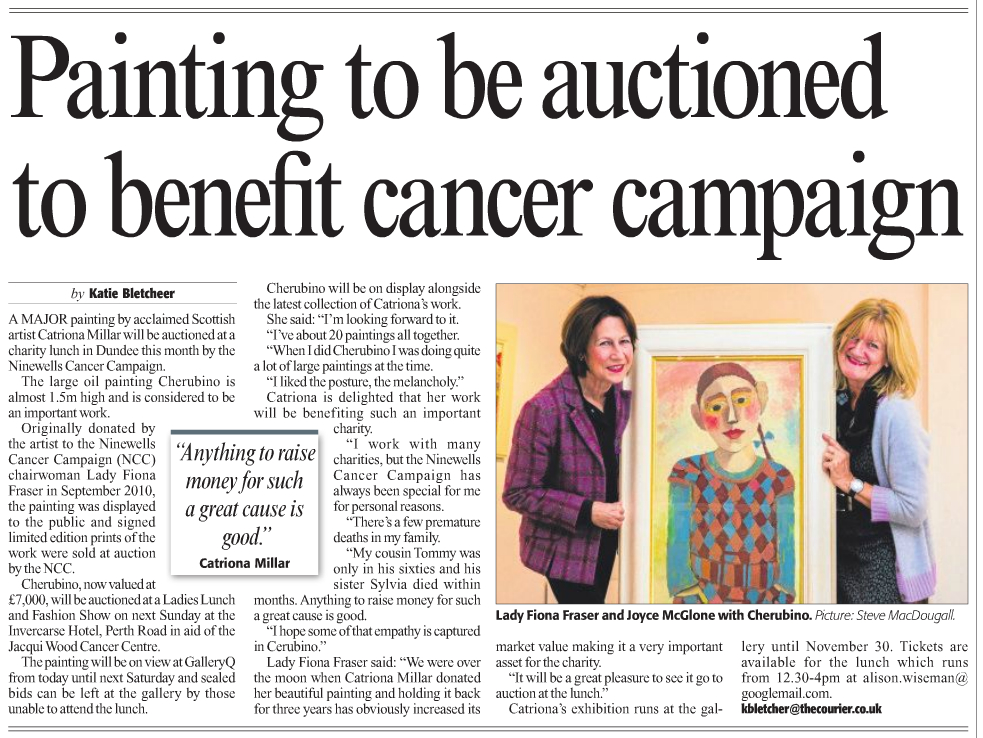 A major painting by Catriona was auctioned at a charity lunch in Dundee by the Ninewells Cancer Campaign in aid of the Jacqui Wood Cancer Centre. Read about the Cherubino NCC auction in the Dundee Courier Dundee Courier article (pdf)

The stunning, large scale oil painting entitled ‘Cherubino’ is almost 1.5 metres high and is considered to be an important work by one of Scotland’s best loved figurative artists. Originally donated by the artist to the NCC Chairman Lady Fiona Fraser in September 2010, the painting was displayed to the public and sign limited edition prints of the work were sold at auction by the NCC.

Catriona is delighted that her work will be benefiting such an important charity.

“I work with many charities, but the Ninewells Cancer Campaign has always been special for me for personal reasons,” she said, “I hope some of that empathy is captured in ‘Cherubino’.”

Chairman of the NCC Lady Fiona Fraser said, “We were over the moon when Catriona Millar donated her beautiful painting and holding it back for three years has obviously increased its market value making it a very important asset for the charity.